Falabisahaya (17/08) – In order to provide support and concern for the government’s efforts to tackle the Covid-19 pandemic, Sampoerna Kayoe has again distributed donations in the form of PPE for the Puskesmas in Falabisahaya Village, Sula Islands Regency, North Maluku Province.

“Sampoerna Kayoe hopes that this pandemic will quickly pass and this assistance can help accelerate the response to the Covid-19 pandemic in the Falabisahaya area,” said Willy, General Manager of PT Sumber Graha Maluku. 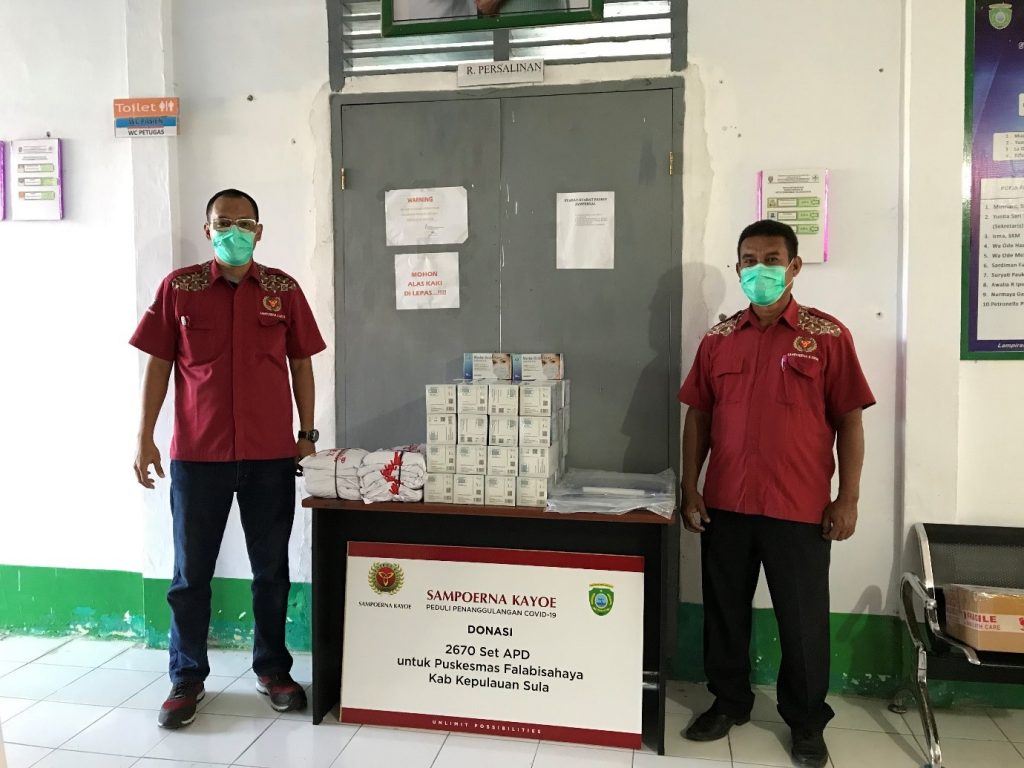 Photo of PT SGM representative in front of the PPE package given.

Since the beginning of March 2020, Sampoerna Kayoe has disciplined the application of health protocols to anticipate Covid-19 in work environment areas throughout Indonesia.

On this occasion Sampoerna Kayoe assessed the need for complete PPE for medical teams to break the chain of the spread of Covid-19 and those affected by the outbreak in the Falabisahaya area. This is because the medical team has the highest risk and has a leading role in helping to overcome this outbreak.

The activity of delivering aid was carried out quite simply by being attended and received from the Head of North Mangoli Sub-district, Farid Umasangaji, the Head of the Puskesmas and the Covid-19 Falabisahaya Acceleration and Handling Team (PP), Representatives of North Mangoli Police Chief, and PT SGM leadership, including Willy Kurnia General Manager , Pardamean Area Coordinator, and Junaedi HR & GA. 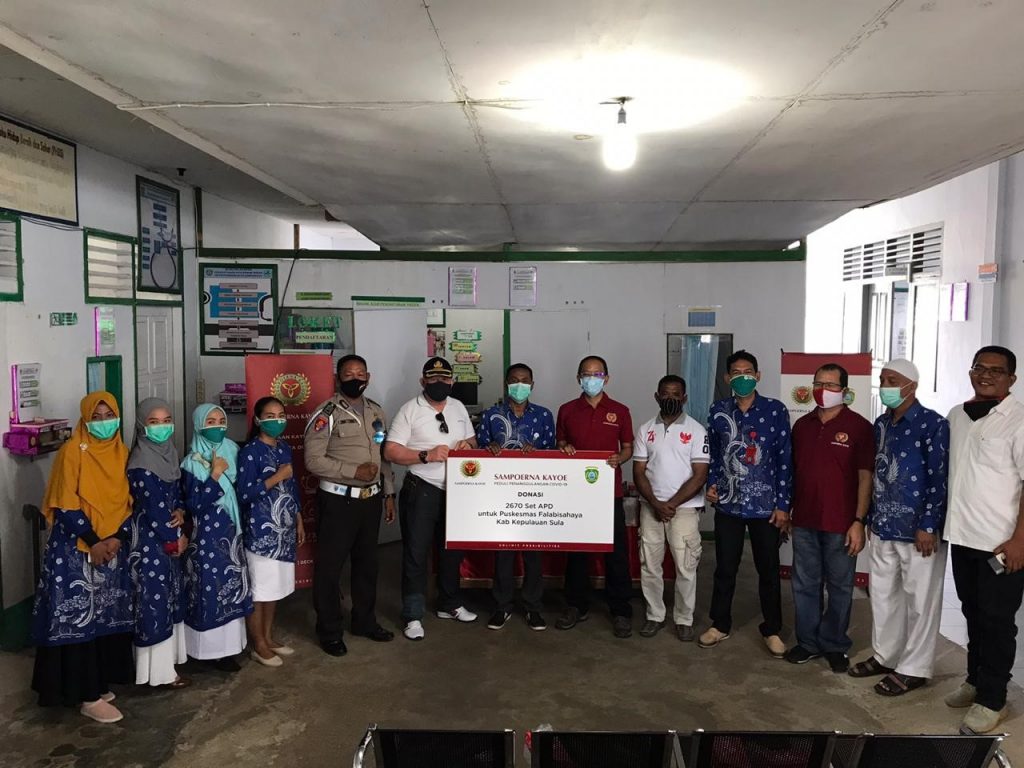 Head of North Mangoli Sub-district, Farid Umasangaji, expressed his gratitude for PT SGM’s concern in supporting the Falabisahaya Community Health Center to fight Covid-19. According to him, assistance in the form of 2,670 sets of PPE will certainly greatly assist medical personnel in charge of breaking the chain of the spread of Covid-19.

The PPE submitted through the Falabisahaya Puskesmas will be used for the needs of the puskesmas and the COVID-19 team team.

The Head of North Mangoli sub-district also hopes that the good relations that have been established between Falabisahaya Village and PT SGM will be better in the future and synergize with each other.

With the support of more than 16,000 employees throughout Indonesia, Sampoerna Kayoe is ready to push Indonesia back forward into a new era that is healthier and more dynamic.

We use cookies to ensure you a pleasant experience. By continuing browsing, you agree to the use of cookies.