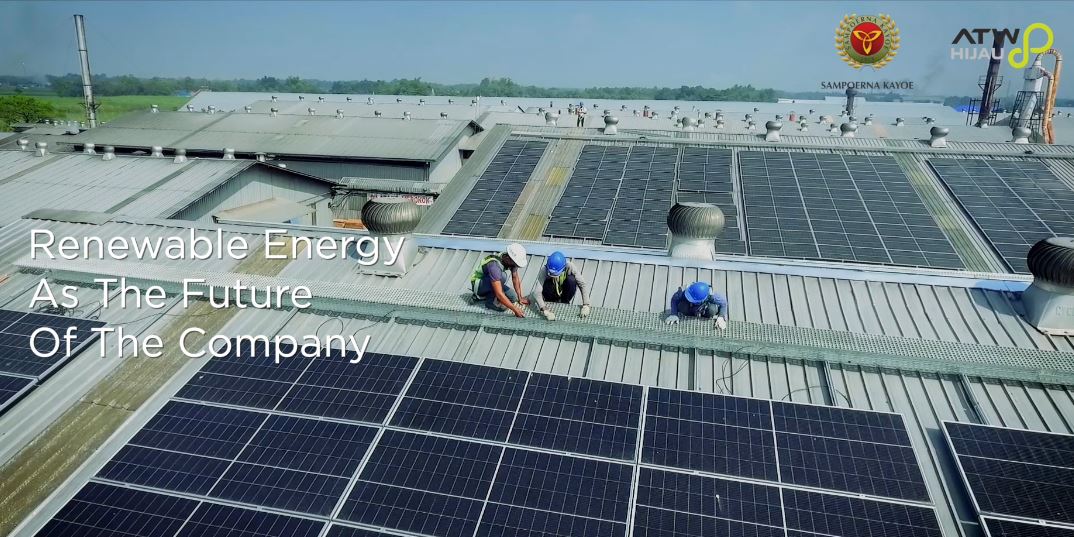 Jombang (06/10) – PT Sumber Graha Sejahtera (Sampoerna Kayoe) inaugurated a 1.7 MWp capacity Solar Power Plant (PLTS) facility at two factories in Jombang Regency, East Java. The provision and construction of these facilities was realized by the ATW Group, and made Sampoerna Kayoe the first plywood company in Indonesia to transition to using renewable energy as a concrete step to contribute to reducing world carbon emissions. 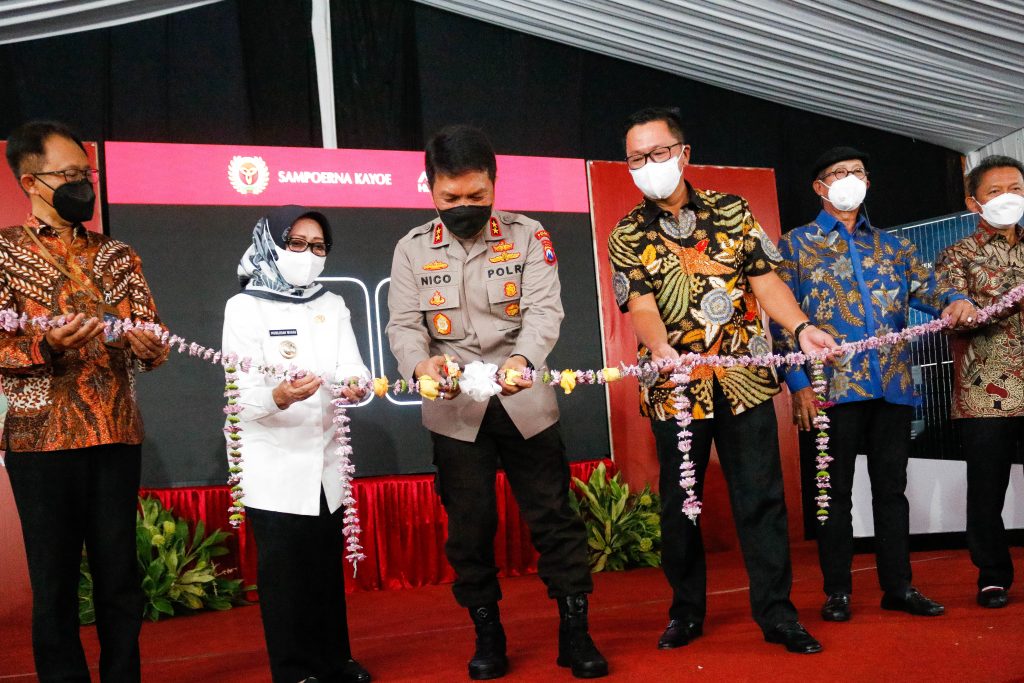 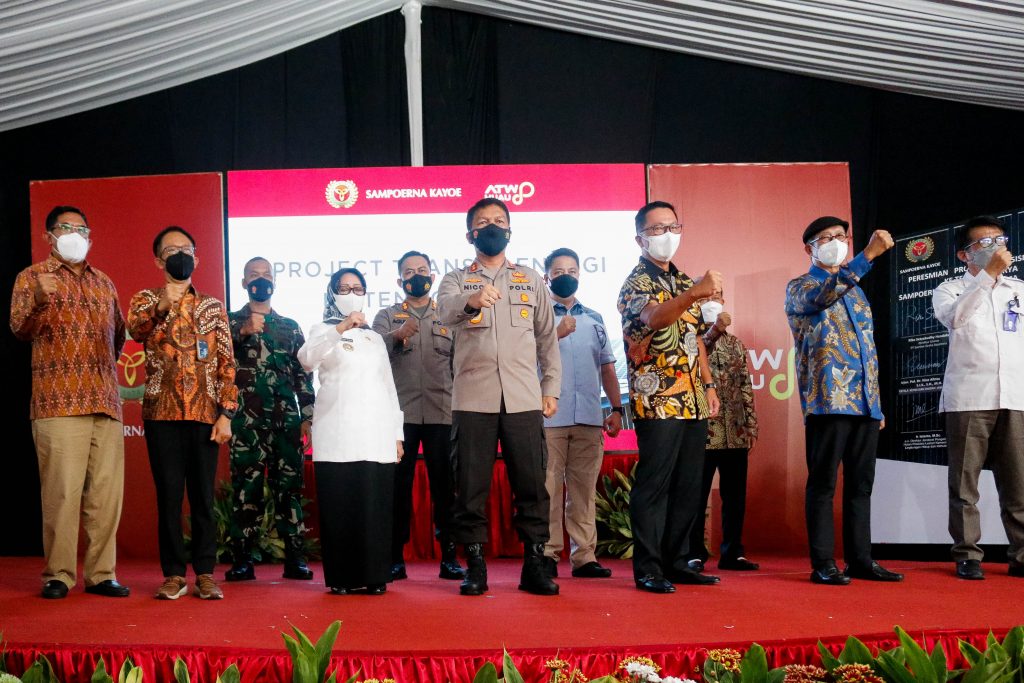 “Real climate change is happening right before our eyes. We believe that business as one of the driving forces of development must take a greater role in ensuring the development of human living standards in line with the sustainability of the earth. This PLTS project is our commitment to this belief, as well as a form of the company’s participation in achieving the new and renewable energy (EBT) target of the Government of the Republic of Indonesia of 23 percent by 2025,” said Sampoerna Kayoe President Director Riko Setyabudhy Handoko.

Sampoerna Kayoe is currently improving operational efficiency, including reducing its carbon footprint. Solar energy is a logical choice for businesses in tropical countries, such as Indonesia, because the amount is unlimited and lasts throughout the year regardless of the season.

“With the solar power system, we see an opportunity to transform energy in five main factories, ten veneer factories, and one Sampoerna Kayoe chemical plant. The only limitation of solar power is our ability to convert it to electricity in an efficient and cost effective way. That is why the selection of partners who have expertise in this field is crucial,” explained Sampoerna Kayoe Operations Director Rudiyanto Tan. 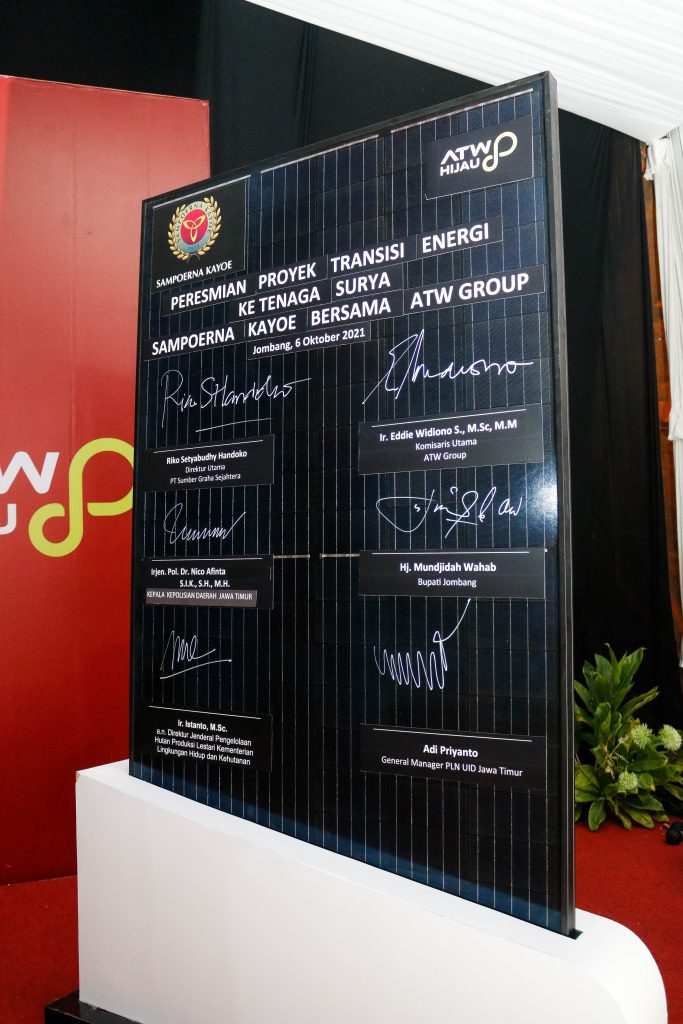 In order to achieve this, Sampoerna Kayoe is collaborating with the ATW Group through its subsidiary PT ATW Investasi Hijau, which is a local partner of Shizen Energy Inc and Alamport Inc. ATW Group is an integrated company engaged in the engineering, procurement, and construction of rooftop solar power plants to supply affordable renewable clean energy to save electricity costs. In addition, ATW Group also provides solar panel rental, so that potential customers do not need an initial investment.

Sampoerna Kayoe’s commitment to sustainability has started from the very beginning, from the supply chain of raw wood logs with a certification program to ensuring product traceability. Operational transformation using renewable energy is expected to provide Sampoerna Kayoe products have a competitive advantage in a global market where responsible production processes are increasingly important.

According to the International Energy Agency, the share of renewable energy is expected to reach 30 percent by 2024 and will continue to increase in the next decade. This strengthens Sampoerna Kayoe’s rationale for contributing to reducing world carbon emissions through the use of renewable energy.

“The depletion of fossil energy stocks and the increasing impact of the climate crisis are causing the whole world to move towards a more sustainable development direction. We hope that with this initiative, more company and industry partners will be moved to start the transition towards using energy that is more environmentally friendly,” concluded Alvin Puspowidjono, Head of the Strategic and Performance Management Division.

We use cookies to ensure you a pleasant experience. By continuing browsing, you agree to the use of cookies.